Projects > My Black Flesh and White Flesh Don't Get Along (2010) 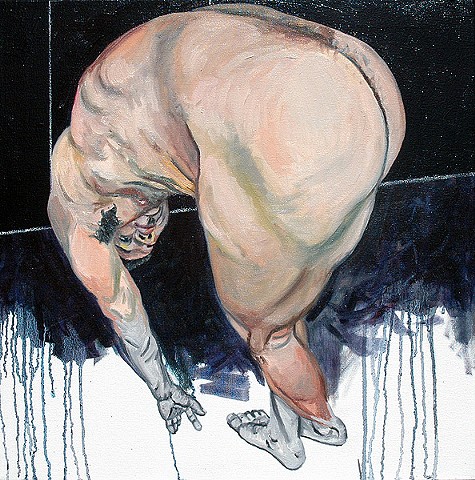 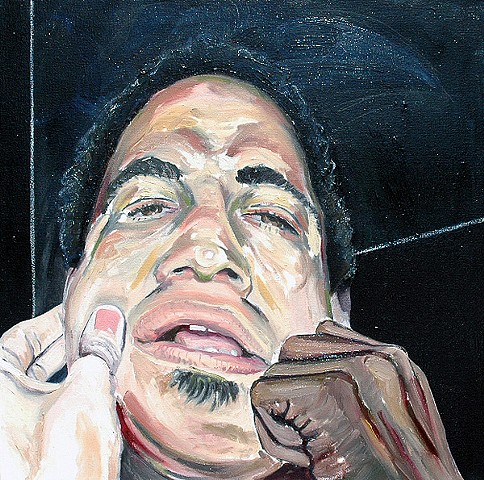 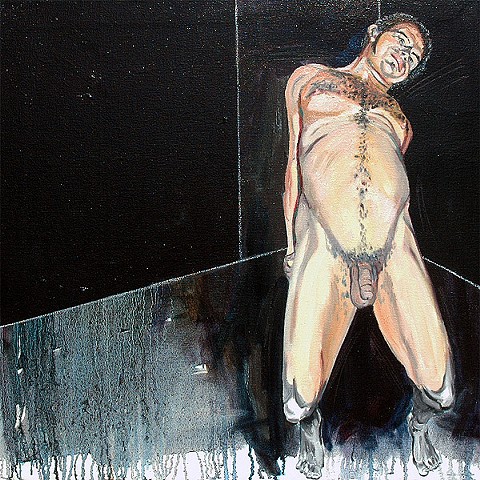 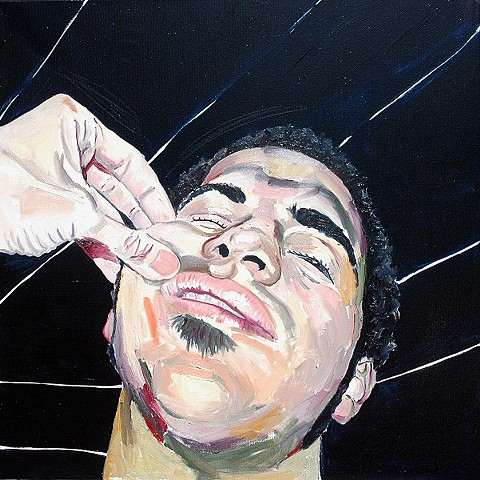 All You Got is a White Backlash
Oil on canvas
24x24 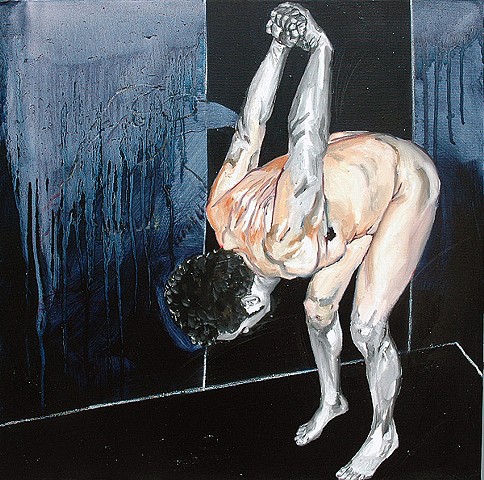 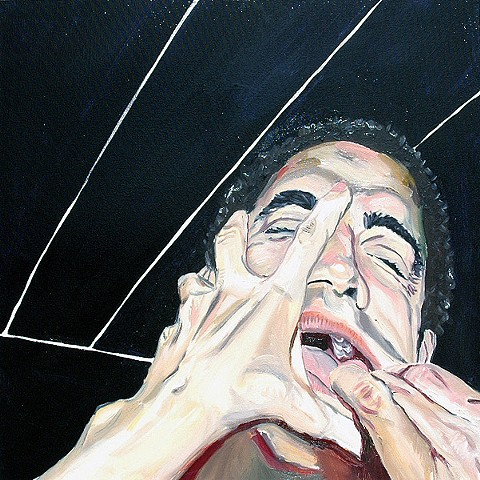 I Crossed the Color Line
Oil on canvas
24x24 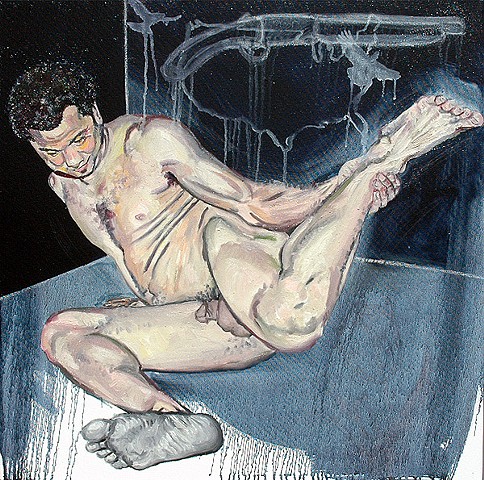 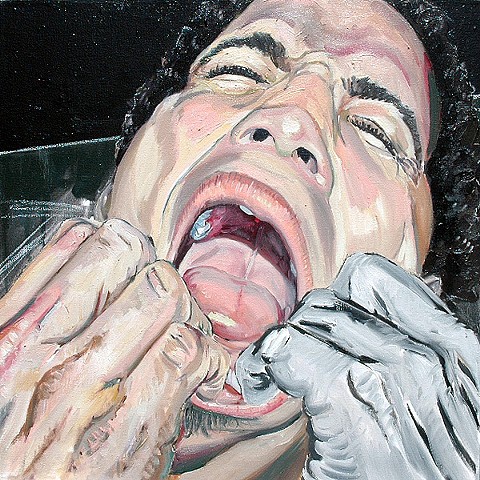 Guess Who's Coming to Dinner
Oil on canvas
24x24 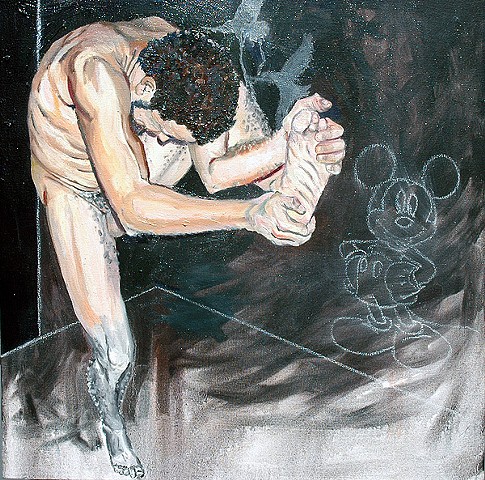 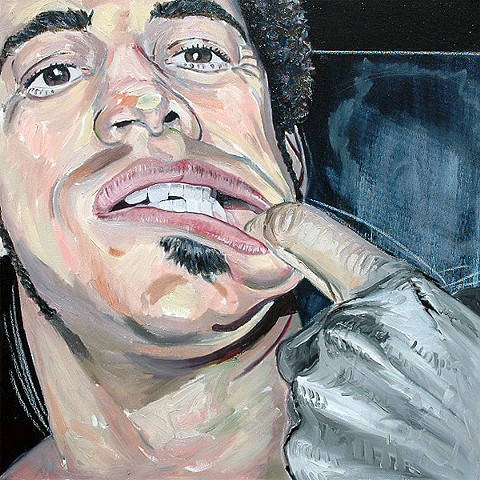 Let Me Redefine Myself For You
Oil on canvas
24x24 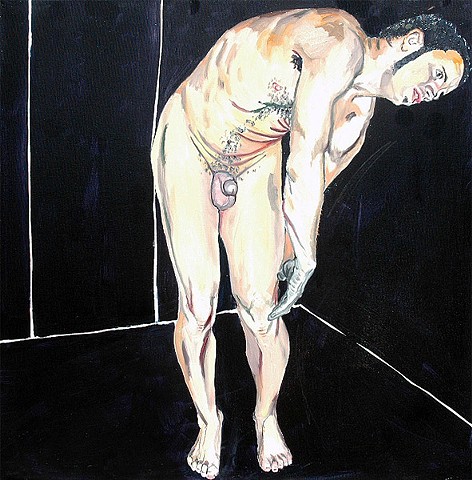 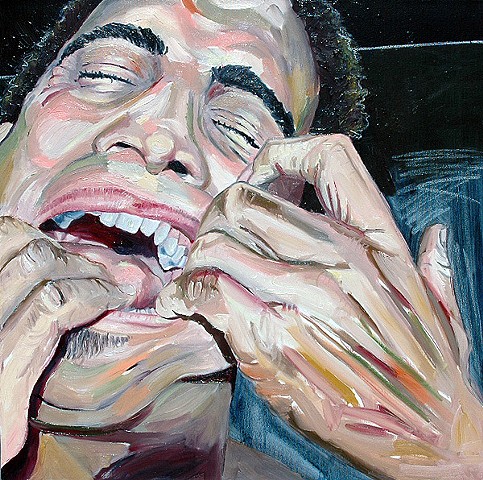 The Black Image in the White Mind
Oil on canvas
24x24 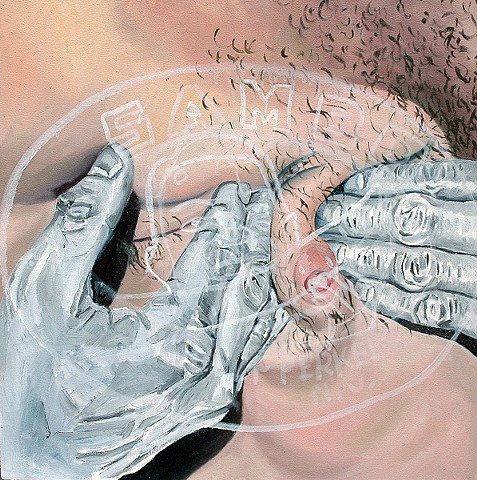 Birth of a Nation
Oil on canvas
24x24 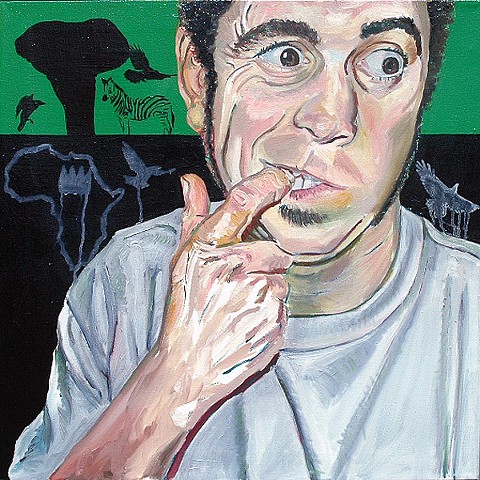 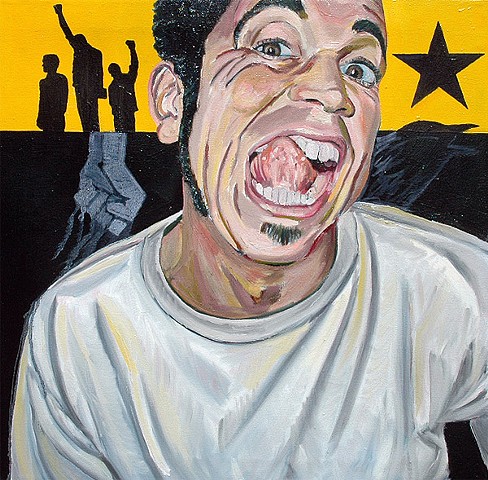 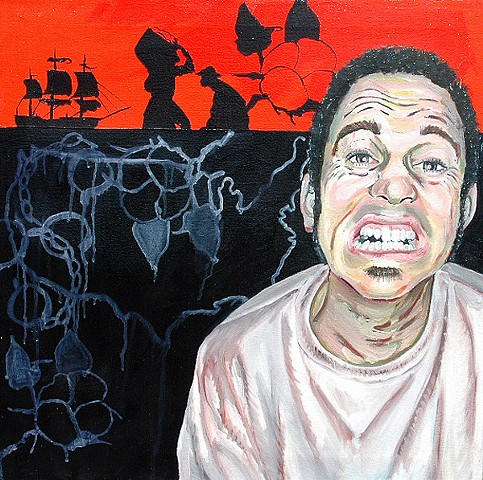 My Black Flesh and My White Flesh Don't Get Along is a body of work that converges imagery and content to explore my emotional journey living as a biracial individual in America. The imagery I am creating visually symbolizes and synthesizes my emotional space, which is disjointed and uncomfortable. This emotional response stems from feeling out of place in a country that has a clear racial divide where I don't fit into any of the choices easily. The content of my work is mostly driven by personal narrative addressing my insecurities, vulnerabilities, and obsessions. The essence of the work is about redefining the "black image" and complicating identity to be more inclusive of the "marginalized other." This status as the "other" is comprised of people and realities that don't fit easily into the black/white, or any other, binary system of thinking and labeling.

I currently identify as a black man although I have struggled with racial identity my whole life. My biological mother is white, and my biological father is black. My mother raised me, and I don't know my father. As a child, I identified as white because I grew up in a white household. I found out that I was black at a young age and this was not talked about in my family. I believe my mother wanted to protect me and didn't want my experiences to be confined by race. Despite this, I immediately felt different from everyone else. In my teen years, I was confused and felt I had no racial identity. This was a time when I began dealing with more direct forms of racism and bigotry. As a young adult, I came into embracing my black identity through connecting with black history, black people, and education. Since finding a "black" voice for myself, my identity has been evolving. This identity continues to transform as I mature in age and grow intellectually.

I identify as black because of American history, culture, and the American legal system. Historically, Black Africans and White Europeans have mixed since their first encounters in America. As this mixing became a threat to the rich elites, racism was invented, established, promoted, and laws were created to separate the working classes of white and black people. Currently, the majority of blacks in America are mixed with White European ancestry and a minority of whites have Black African ancestry. We can see the evidence of this mixing in the many shades of skin complexion found in the contemporary African American community. While lighter complexioned mixed race people of color in this country have historically had some privilege over their darker brothers and sisters, both groups have suffered the oppression, colonization, and racism of the Antebellum and Jim Crow eras.

I continue to be reminded of my racial status through direct and indirect racism. Racism is pervasive in America, not only on an individual level, but on institutional and societal levels. As there is not much incentive for whites to give up their white privilege, racism is a common occurrence in most of my exchanges with the outside world. This includes interactions with family, friends, coworkers, and strangers. There seems no refuge from encountering white people who have not yet realized their participation in an oppressive system. Legally, America has maintained the one-drop of blood rule as late as 1986 with the Phipps case, which went to the Supreme Court, and was upheld. The one-drop of blood rule states that if you have one drop of black blood you are black. All of these conditions have led to my self-identifying as black.

Why paint about this? While there have been many mixed race artists like Romare Bearden, Robert Colescott, Robert Gordon, Adrian Piper, Lezley, and Alision Saar, there hasn't been much conversation about being biracial in the painting arena. I want to expand that dialogue. I am something more than black and white. My experiences are not reflected in much of the popular culture. My Black Flesh and My White Flesh Don't Get Along is a reflection of these experiences as a mixed race person of color in America. My intentions are to create a visual culture that is more inclusive of the biracial experience and to connect with people like me who find themselves in the margins of dominate culture. Biracial people have been forced to oversimplify their histories and deny their diversity. But, biracial individuals are more than one or another racial category. We are people with a unique experience living at the crossroads of two races. My Black Flesh and My White Flesh Don't Get Along unpacks the complexities of biraciality, and questions conventional notions about race, to ultimately transcend accepted racial boundaries.