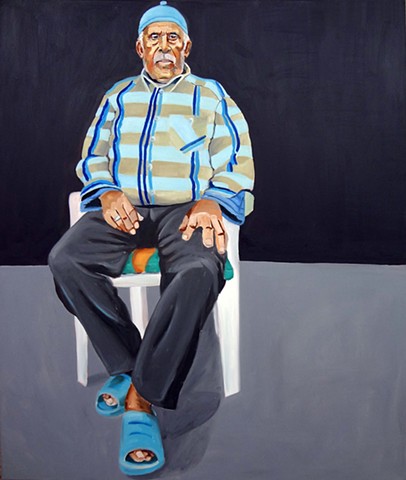 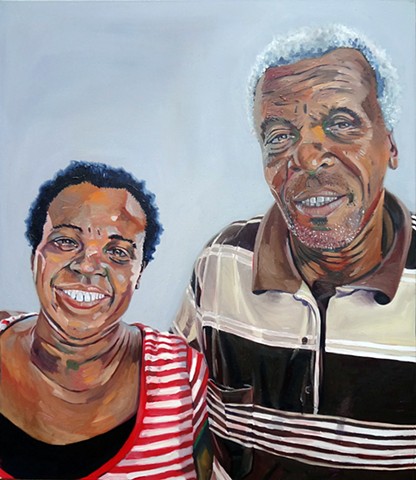 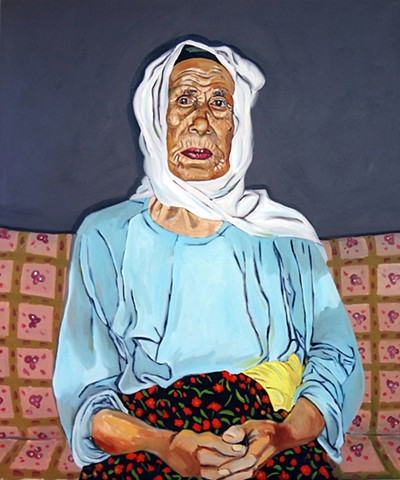 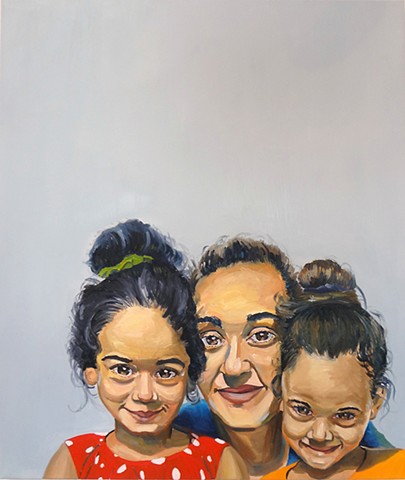 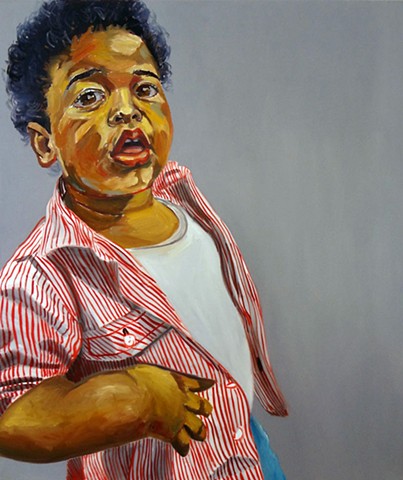 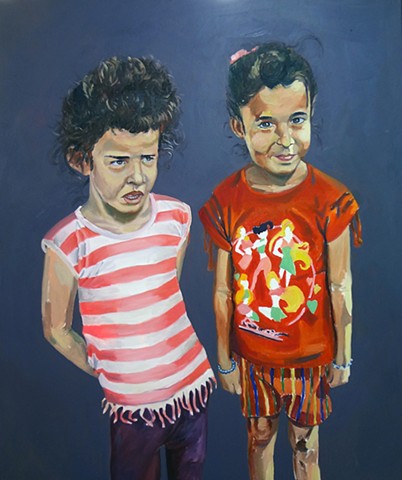 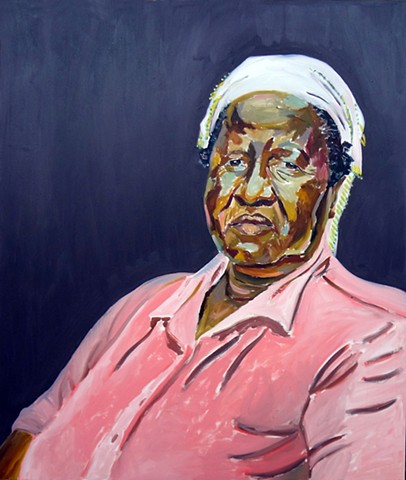 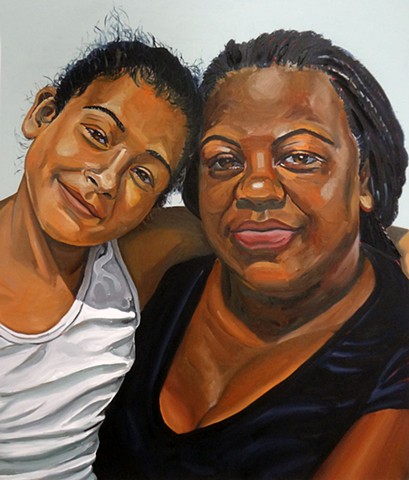 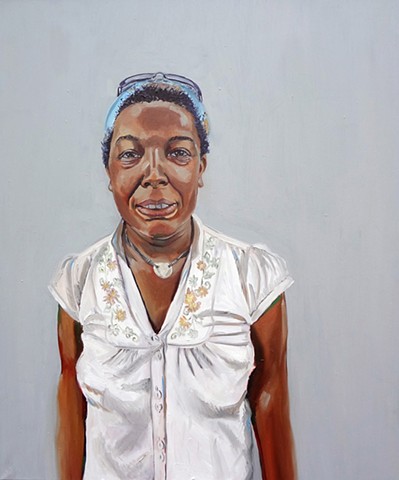 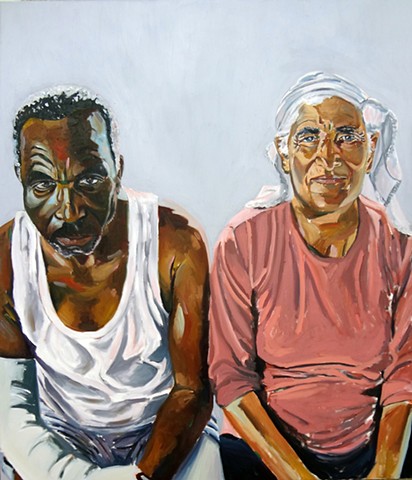 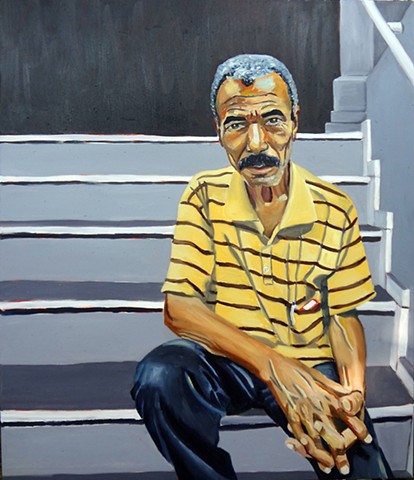 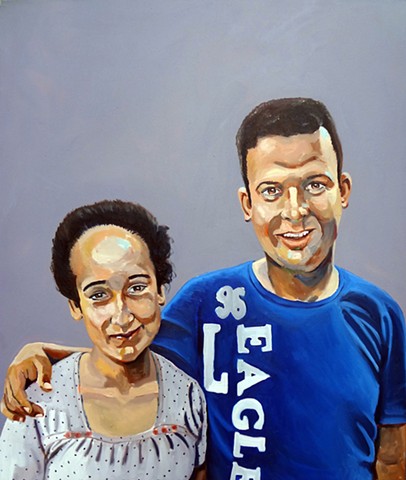 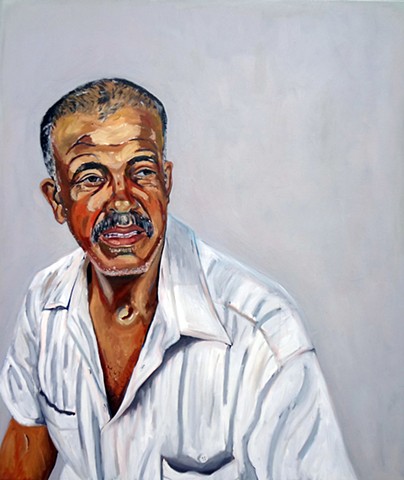 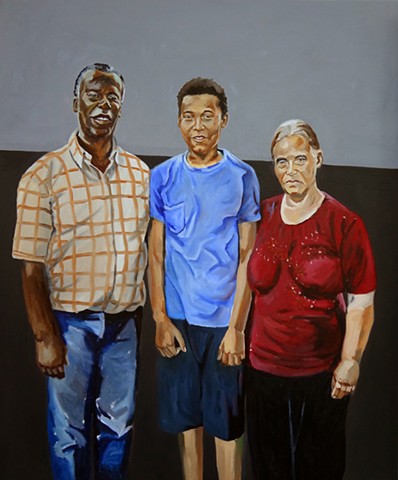 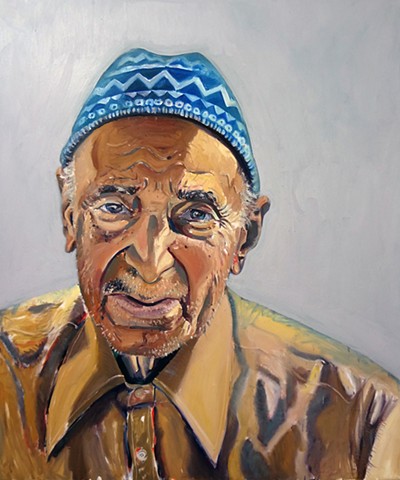 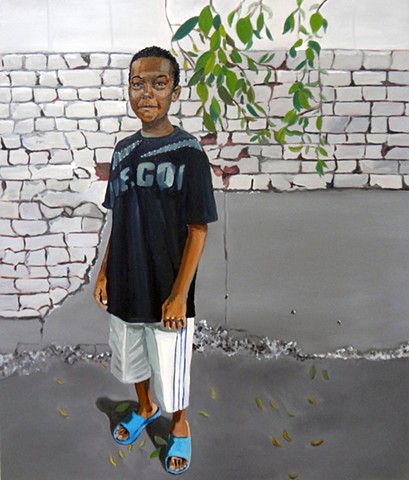 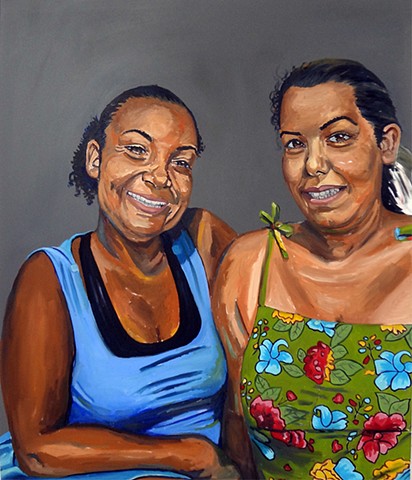 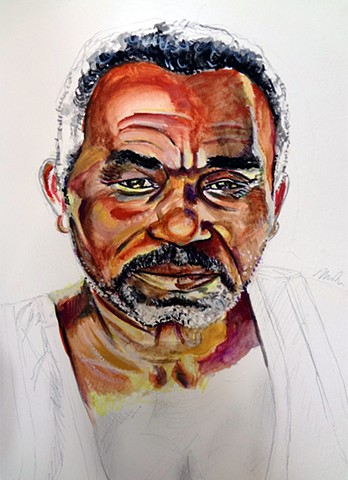 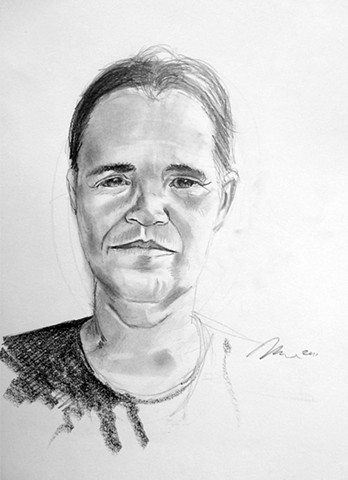 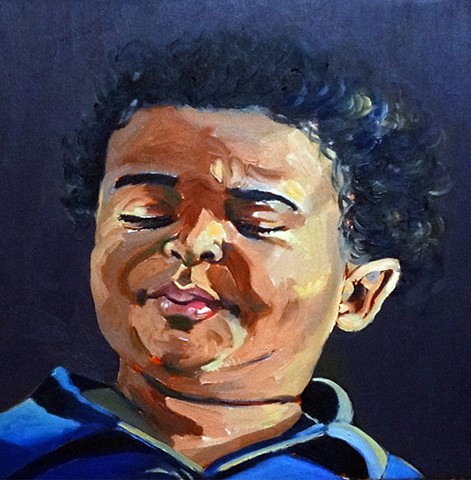 I am bi-racial. My mother is white. My biological father is black. I didn't know my father growing up. I have light skin. I identify as black. I often feel out of place. I live in America.

I have struggled with my racial identity from a young age. I self identify as black but how others perceive my identity changes from person to person and place to place. I use painting as a space to tell my story and to explore the complicated topics of racial identity, racial politics, and history. In my artwork I am interested in visually capturing what it means to be bi-racial.

When I have conversations with other bi-racial people, I am always curious about how they choose to self identify and why. Through these conversations I recognize a common ground, as we have similar day-to-day experiences and a unique history within the institution of American slavery. For me, these interactions feel like I am reconnecting with a lost family member. I have sought to explore whether these similarities are a phenomenon outside of an American context.

Shared Histories is the first of these explorations. Painted in southwest Turkey, it is a series of portraits of members of the Afro Turkish community that examines bi-racial narratives beyond an American cultural context. Questions that have guided this body of work include: Do we have similar bi-racial experiences?, Are our experiences different and how?, and Where do our experiences overlap and where will they diverge? My overall intention of the work is to raise awareness about the histories and experiences of mixed race black populations both within and beyond American borders.

Afro Turks are one of several minority populations within Turkey. The group is a mixture of bi-racial and bi-cultural black Turks who have lived in and around the area for hundreds of years as a result of the Ottoman Empire (1299-1923) slave trade. According to the Afro Turk Foundation, there are believed to be thousands to tens of thousands of Afro Turks within the country. The numbers are an estimate because minority populations are not identified in Turkey. As a result, Afro Turks are virtually invisible within Turkish visual culture.

The portraits started as a conversation with each person about how they chose to identify and why? It was clear from the beginning that there was a strong connection to a Turkish national identity. Racially, everyone self identified as mixed race or black and felt they were perceived that way in their individual communities. It was outside their communities where there perceived identities broke down. When traveling within Turkey there were stories about being stared at, looked at as a curiosity, and sometimes heckling was involved. Some had been mistaken for tourists while out shopping or dining. Many white Turks I encountered were unaware of the Afro Turkish population in Turkey. This could be because of their relatively small numbers, distinct geographical locations, and disenfranchisement within the culture.

There were also some difficult stories. Two in the group said they wished they were white because it would be easier and others shared horrible stories of being teased in school because they were different. Many of the Afro Turks talked about tough childhood experiences, which eventually made them ambivalent about race because of the stress involved. They spoke about trying to forget, moving on, and dealing with it. I easily related to many of these stories and struggles.

I went looking for a shared experience that I could connect with outside of an American context. I believe that I found this in Turkey. It wasn't an exact match to my own experiences but more complicated and messy. However, there was a community waiting for me and they were more than happy to make me one of their own.