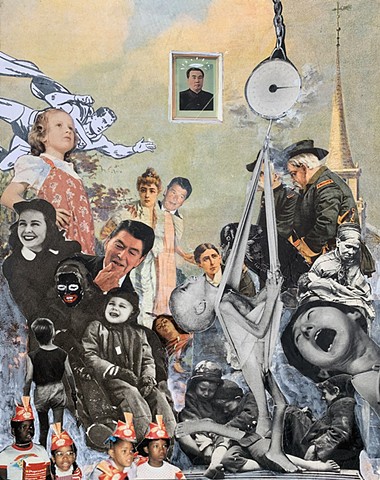 "on not bein" is the title for my new work on paper. The title comes from a poem of the same name written by Mary Hope Whitehead Lee in a book called, “This Bridge Called My Back.” The poem is about a light skinned (presumably bi-racial) girl wanting her skin to be darker to fit in with the other black girls. I like this poem, its emotion, and especially the title. The title conjures the notion of being invisible despite being present or not being seen. The thing I was thinking about with this piece was how people with whiteness, privilege, and power hurt other people without these attributes but also eventually hurt themselves. The image works left to right. The left side is whiteness in all its glory, and the right side is the invisible consequences of inequality. It is a turning point.